In memory of Nero | The Raptor Center
Skip to main content

Education Ambassadors
In memory of Nero
The Raptor Center 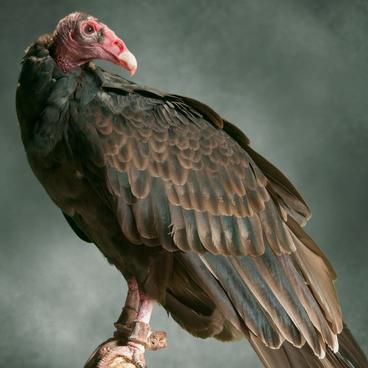 We have difficult news to share with our TRC family. After an amazing 47 years of conservation education, Nero, our resident turkey vulture, left this world peacefully on April 19, 2022, passing away due to kidney failure. Highly pathogenic avian influenza played no role in his passing and a post-mortem avian influenza test was negative. The exact reason for his kidney failure could not be determined from his post-mortem examination (necropsy) but might be attributed to his advanced age.

Nero hatched in April 1974 and was intentionally taken from his nest and imprinted on people for research studies at the University of Wisconsin. These studies helped researchers to learn more about different ways to color mark, tag, and track vultures with radio transmitters. The data gleaned from these studies were applied to methods used to monitor and track endangered California condors during condor recovery efforts. After the research studies wrapped up, Nero became an education ambassador, spending years at Carpenter Nature Center in Hastings, MN and then joining TRC’s education department in 1993.

Nero was thought to be one of the oldest captive turkey vultures in North America. During his 29 years at TRC, he inspired a sense of wonder and excitement for all who saw him. We estimate that Nero was seen by and educated over 600,000 people during his time at TRC. Being the only vulture in our education bird collection, he showed off the amazing features and unique behavior of his species to excited groups every day and helped teach about the critical importance of vultures in ecosystems around the world. Many have fond memories of him sunning in his enclosure, interacting with groups at his enclosure’s door, and engaging regularly with his enrichment objects. He was definitely Mr. Personality!

Nero’s legacy is a lifetime of inspiring people to conserve our natural environment. His loss will be greatly felt by TRC enthusiasts and represents the end of an era at TRC. He will forever be an integral member of TRC’s family and we will always be grateful for the time we shared working side by side in our mission to educate. 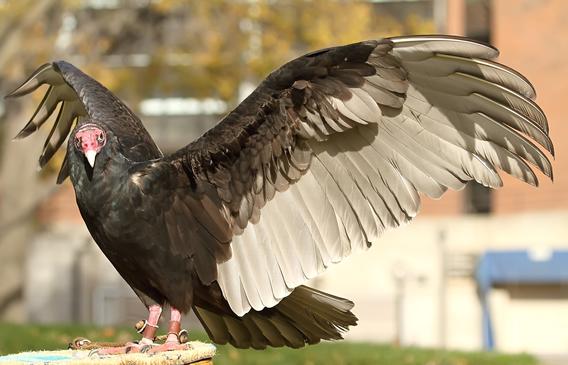