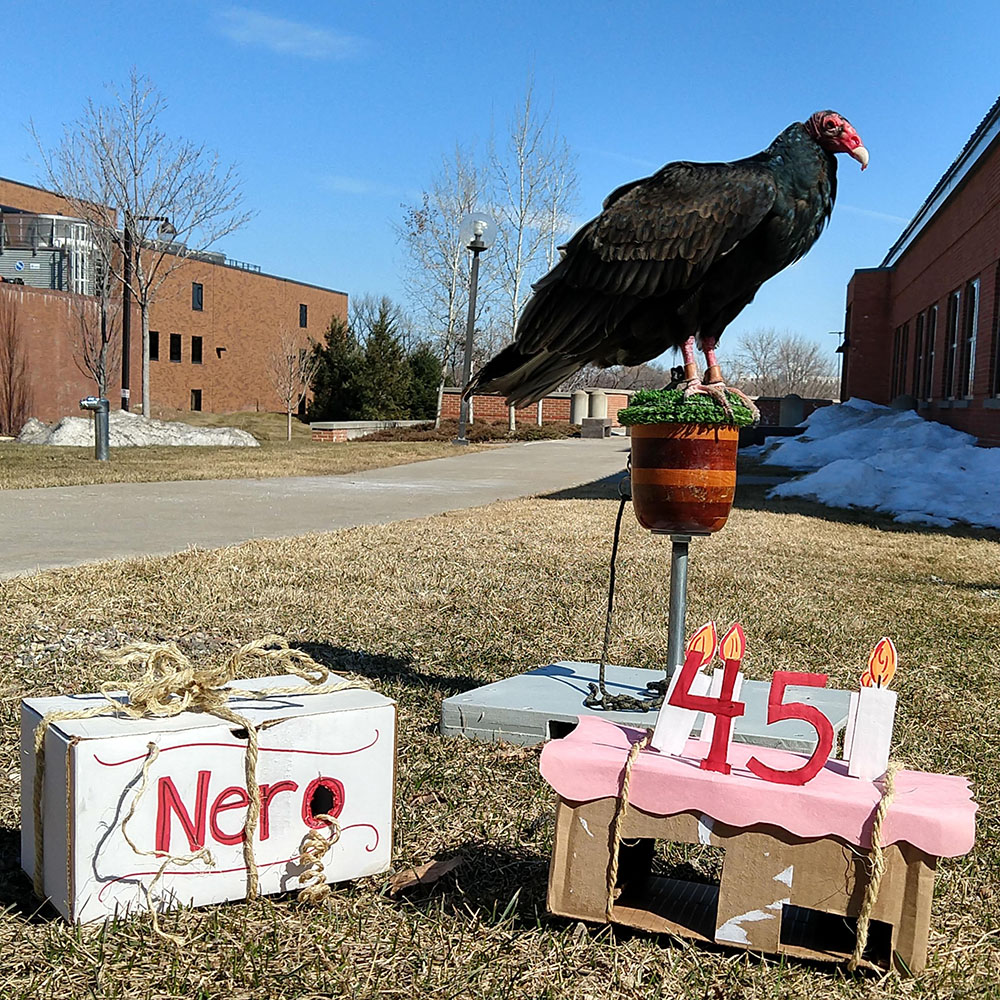 Nero hatched in 1974 and was raised by scientists trying to find the best way to tag and track the critically endangered California condor (Gymnogyps californianus). At the time, the California condor population was dangerously low and the scientists could not risk a single bird for their study. Luckily, the California condor’s cousin the turkey vulture had a large population, as well as a similar soaring flight pattern and carrion diet, so a small number of young vultures, including Nero, were used in this vital research.

Since Nero was raised by people and does not have the skills required to be released back to the wild, he became an education ambassador. He has since taught thousands of people about turkey vultures and the importance of scavengers in our environment. He has been one of our main display birds since 1993, so almost every person who has visited TRC since then has seen him and learned from him.

Most turkey vultures that spend the summer in the northern United States migrate to southern states for the winter, though some populations travel all the way to South America. Year-round populations of turkey vultures are also common throughout the rest of the Americas and the Caribbean.

Turkey vultures are scavengers, using their unique sense of smell to find fresh carrion. They not only clean up carcasses to speed up decomposition, but their specialized stomachs are also capable of digesting the harmful bacteria that would otherwise grow and spread to living animals. This is a very important service that vultures all around the world provide to our shared ecosystem.