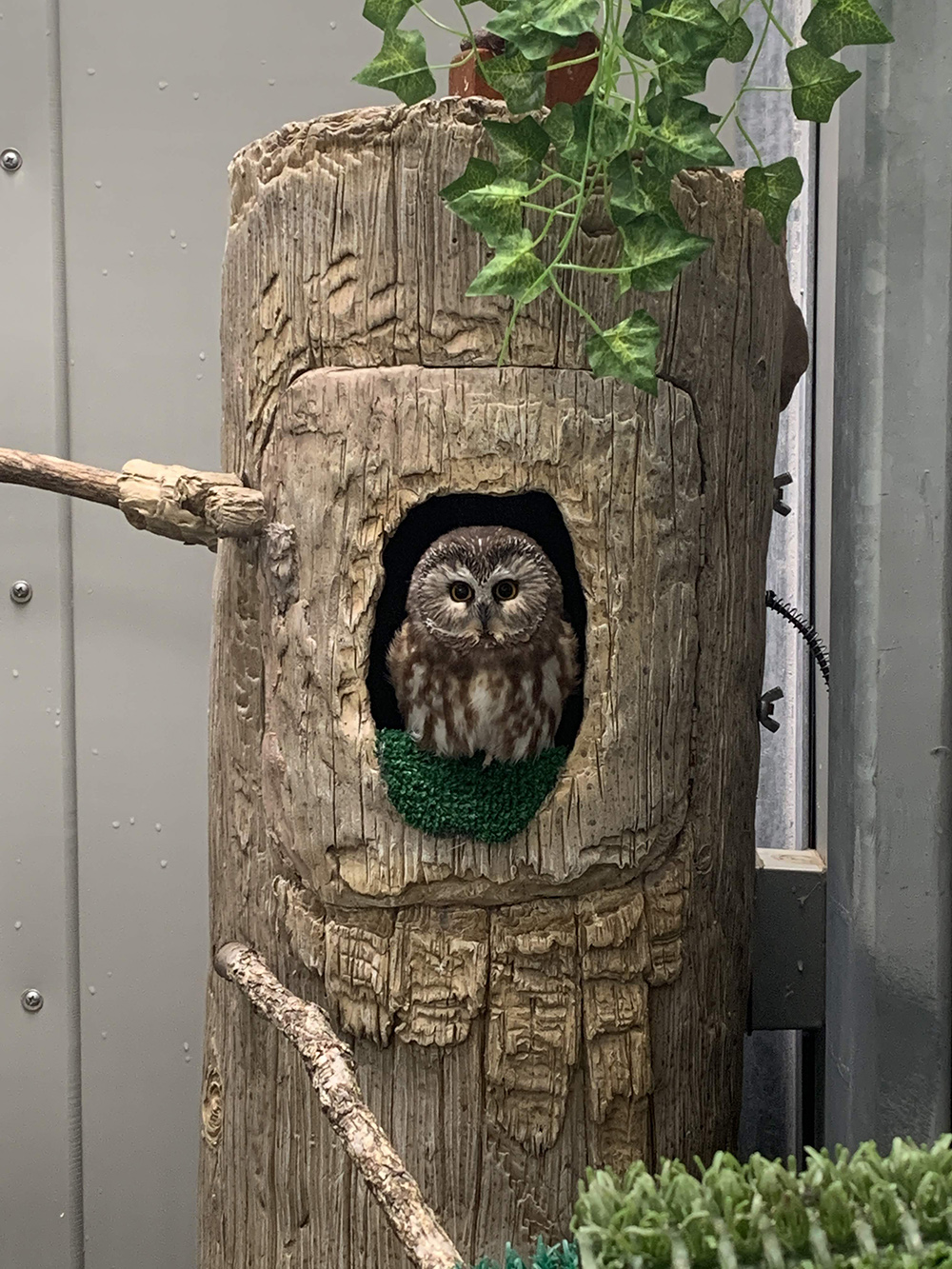 Spruce was first found in 2018 on the side of the road along the north shore of Lake Superior. She has permanent eye damage, possibly caused by a car collision, so she cannot be released. Raptor Center staff and volunteers submitted possible names and Spruce was selected because saw-whet owls live in the northern boreal forests, where spruce trees are abundant.

Average lifespan:
The longevity record is 10 years for a wild bird. In captivity, they have been known to live for 16 years.

Migratory pattern:
Saw-whet migration is cyclical and appears to be tied to rodent populations in the boreal forests of eastern Canada.

Nesting:
These tiny owls are cavity nesters, often using cavities in the trunks of trees that have been excavated by woodpeckers. Saw-whet owls and other cavity-nesting raptors, such as Eastern screech owls and American kestrels, often make their homes in standing dead trees. So if you have a dead tree on your property that isn’t posing any danger, consider leaving it for these owls to make their home.