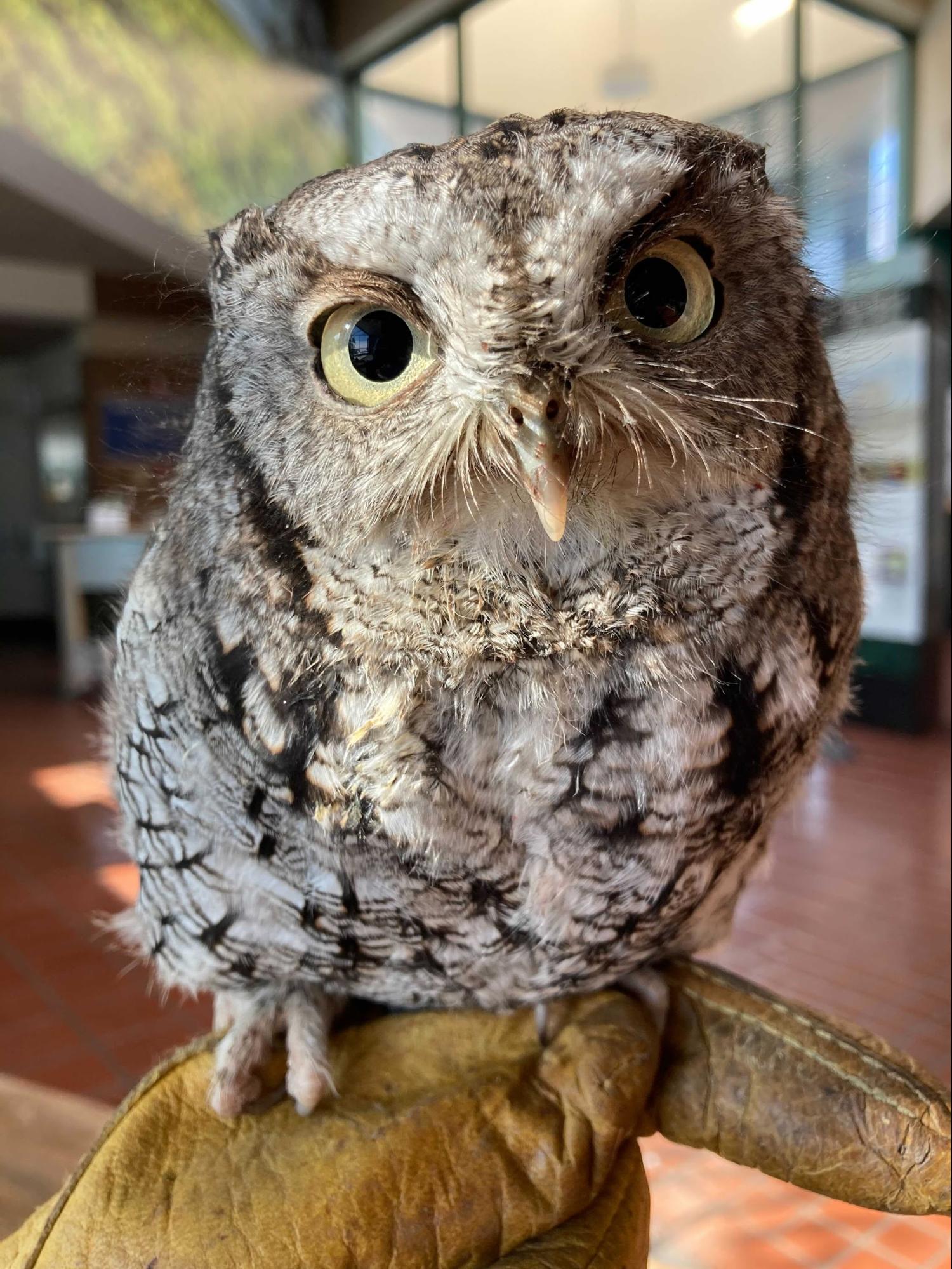 In 2009, Warner was found on the ground with head trauma from an unknown source and sustained permanent scarring to the retinas in both eyes. Unable to be released to the wild, he was placed at Warner Nature Center and lived there until the center’s closure in 2019. He now has a permanent home with The Raptor Center as an educational ambassador. Eastern screech owls can have either grey or red feathers, known as color “morphs,” which help them camouflage in different types of trees. Warner is a grey morph screech owl, which is the more common coloration in Minnesota, though both can be found in the state.

Diet: Eastern screech owls have a varied diet and will catch whatever is available to them. Some prey items include small rodents, small birds, insects, reptiles, and the occasional bat.

Average lifespan: In the wild, the known record is 14 years old. In captivity, they can live longer and have been known to live for over 20 years.

Migratory pattern: Found throughout all of the eastern United States and into parts of southern Canada, eastern screech owls do not migrate. Individuals in the far north may wander some during the colder months but not in any true migratory way.

Nesting: Cavity nesters, eastern screech owls often use holes or snags in dead trees to build nests and raise their young. They lay a clutch of 3-5 eggs each season starting in March that then hatch in April. The young typically leave their nests in May. Every year, we hear of trees with owls nesting in their cavities being cut down so be extra vigilant for these well-camouflaged owls before doing any tree work.