A sooty rescue | The Raptor Center
Skip to main content 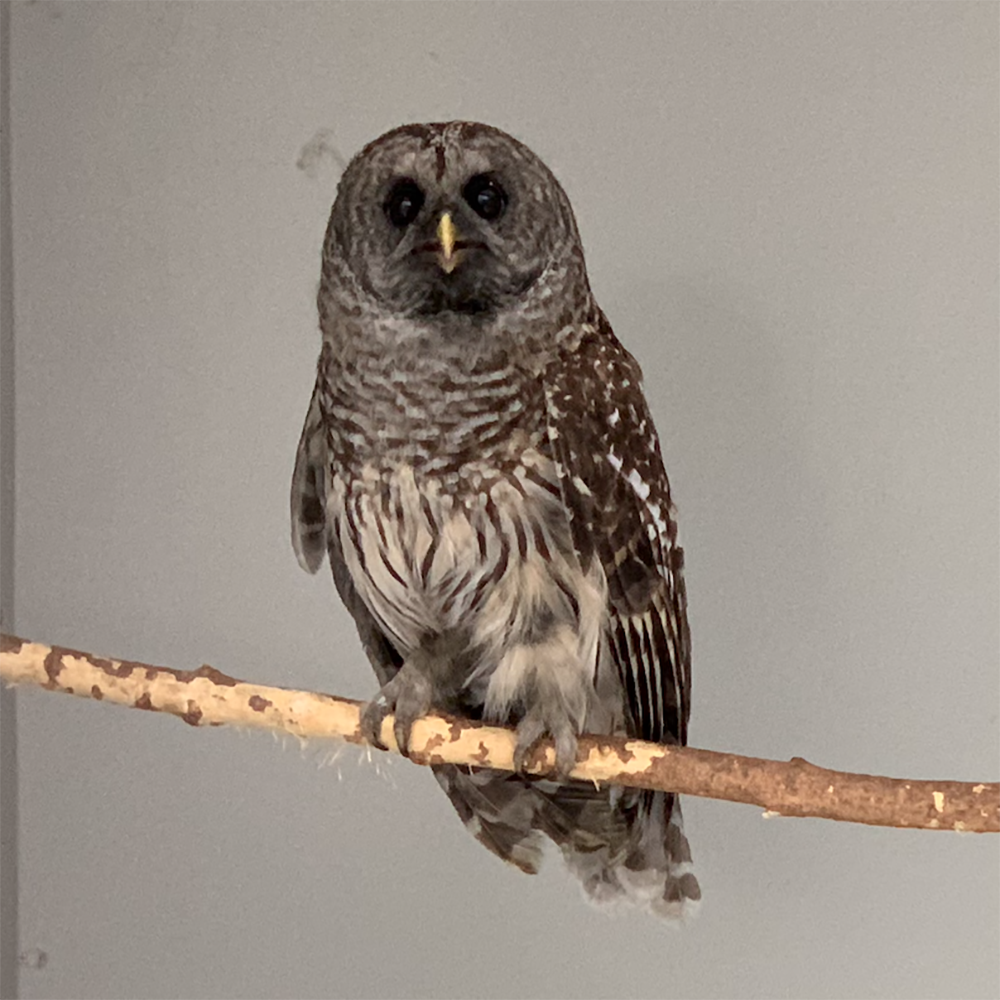 When a Minnesota resident went to light a fire in her fireplace, the sound of a distressed bird in her chimney gave her pause. Suspecting the bird was an owl, she knew to call The Raptor Center (TRC) to perform a rescue.

After TRC received the call, they called on long-time transport team volunteer Alisha Walden. “I could hear the bird in the chimney as soon as I walked down the stairs,” says Walden. “I put a flashlight up there and a barred owl was staring back at me.” The rescue proved to be more difficult and dirty than most. It took an extra set of hands to help open the chimney flue in order to access the bird.

Some species of owls are cavity nesters. Barred owls, eastern screech owls, and northern saw-whet owls may mistake a chimney for a hollowed out tree when they are seeking a place to lay eggs. Once the birds go down chimneys, they are unable to vertically fly back up. The Raptor Center (TRC) has seen six owls with injuries from chimneys since November, which is higher than usual. You can help by putting a cap on your chimney, which could ultimately save a life.

“I grabbed one its tail feathers and then it grabbed my hand with its foot and I was able to pull it out,” Walden says. Both Walden and the owl were covered head to toe in dark soot, which TRC Assistant Director Lori Arent says is a complicating factor for raptors. “Inhaling it can compromise the bird’s respiratory system,” she says.

It was critical for the bird’s survival that Walden extracted it when she did. Walden transported the bird to the TRC for evaluation and rehabilitation. TRC determined that the female owl had been trapped for about a week. “She was thin and moderately dehydrated,” says Veterinary Intern Annette Ahlmann, DVM, who managed the owl’s treatment. “She also had frayed feathers, abrasions on both wings, and blunted talons, likely from beating her wings and scratching her feet while attempting to escape.”

The bird did not have any life-threatening conditions due to her entrapment. “Our main goals were to keep her hydrated, get her feathers clean, and get her weight back up,” Ahlmann says. “After stabilizing the owl, we placed her in a convalescent cage until her wing abrasions healed. Then, we moved her to an outdoor flight pen with room to fly prior to release.”

A couple of weeks after admission to TRC, the bird was released back into the wild by the same volunteer who initially saved her. “This was a unique rescue and a lot of work,” says Walden. “She was my buddy. When I found out she made it, I was happy to be able to release her back into the wild.”