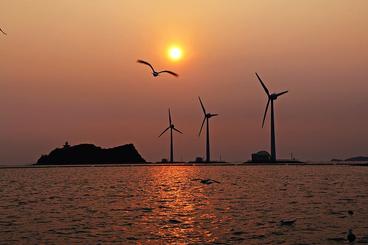 Wind energy, captured by turbines, is a renewable, low carbon energy source. Over the past several decades, it has been used with increasing frequency to meet our rising need for energy while at the same time decreasing our dependence on fossil fuels. But, there is an environmental cost; it poses a threat to wildlife. In 2005, research reported that across the United States between 10,000 and 40,000 birds died annually in collisions with wind turbines. Over the past 15 years, the number of wind energy farms has increased dramatically and the number of birds that fall victim is estimated to be at least 10x greater than earlier reported. Raptors, especially bald and golden eagles, may be particularly susceptible.

Under the Bald and Golden Eagle Protect Act, there is accountability to reduce the risk to eagles. A variety of deterrents have been used to keep eagles away from wind farms but with limited success. Both visual and auditory (hearing) deterrents have been tested but in the case of auditory systems, little foundational science was available to guide the process. In addition, it has been difficult to determine the behavioral responses of eagles to sound-based deterrents due to inadequate monitoring systems. 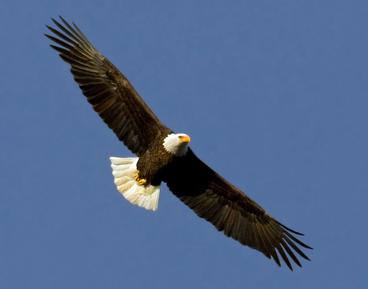 Supported by a grant from the Department of Energy, TRC joined forces with the St. Anthony Falls Laboratory and the Department of Speech-Language-hearing Sciences at the U of MN. The goal was to determine the auditory ranges of bald and golden eagles - basic science that could then inform future studies on the potential for auditory systems to deter eagles from wind energy farms. We successfully mapped the hearing range of bald and golden eagles, as well as red-tailed hawks which are easier subjects to work with and as it turns out, have similar hearing to eagles. We have now submitted grants to fund phase two of the project which involves behavioral studies, observing how eagles respond to different frequencies, intensities and patterns of sound in their hearing range.

It is clear that we need to look for alternative sustainable energy sources that do not have detrimental effects to the environment. Recognize that this is a complex issue that needs to be supported by science. You can help by keeping informed on environmental research and supporting the science in decision making. There are also several things you can do to decrease your own carbon footprint - unplug appliances when not in use, drive less, plant a garden, support local fruit and vegetable growers, switch to LED lights, and many more.