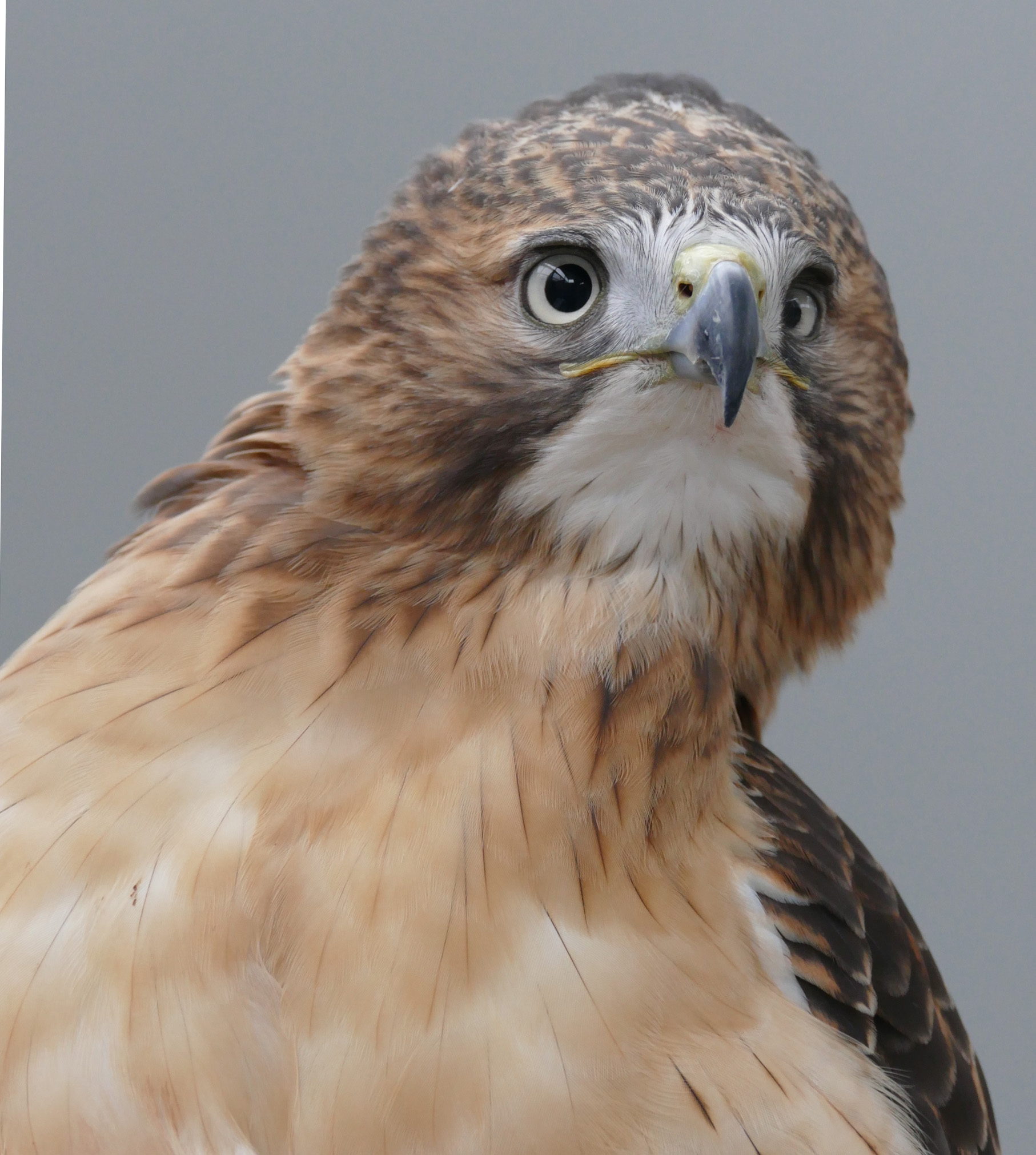 Luta was noticed in a homeowner’s backyard, able to fly but only for short distances low to the ground.  She was just a fledgling, so this behavior was not unusual.  It was mid-June, the time that many red-tailed hawks in Minnesota leave their nests for the first time.

However, once she was examined at TRC’s clinic, it was clear there she had been having some difficulty. She was thin and dehydrated.  She also has a condition called micropthalmia.  This is a disorder of the eye in which her left eye is abnormally small and has anatomic malformations. She is blind in the left eye.

Like Rowan, Luta has no depth perception.  Red-tailed hawks need to have superb eyesight, including depth perception to hunt successfully and navigate their surroundings.  Even simple activities such as which tree branch to land upon or avoid obstacles like power lines and buildings becomes very difficult when you cannot tell how far or close those objects are.

Her name is part of the Lakota word for red-tailed hawk, Cetan luta. Luta means red.